The last string of bottle tops has been hung, and I can’t quite believe the project is over.

9650 is the total number of bottle tops collected and intercepted in phase 3. That brings the final total for the project to: 29,684 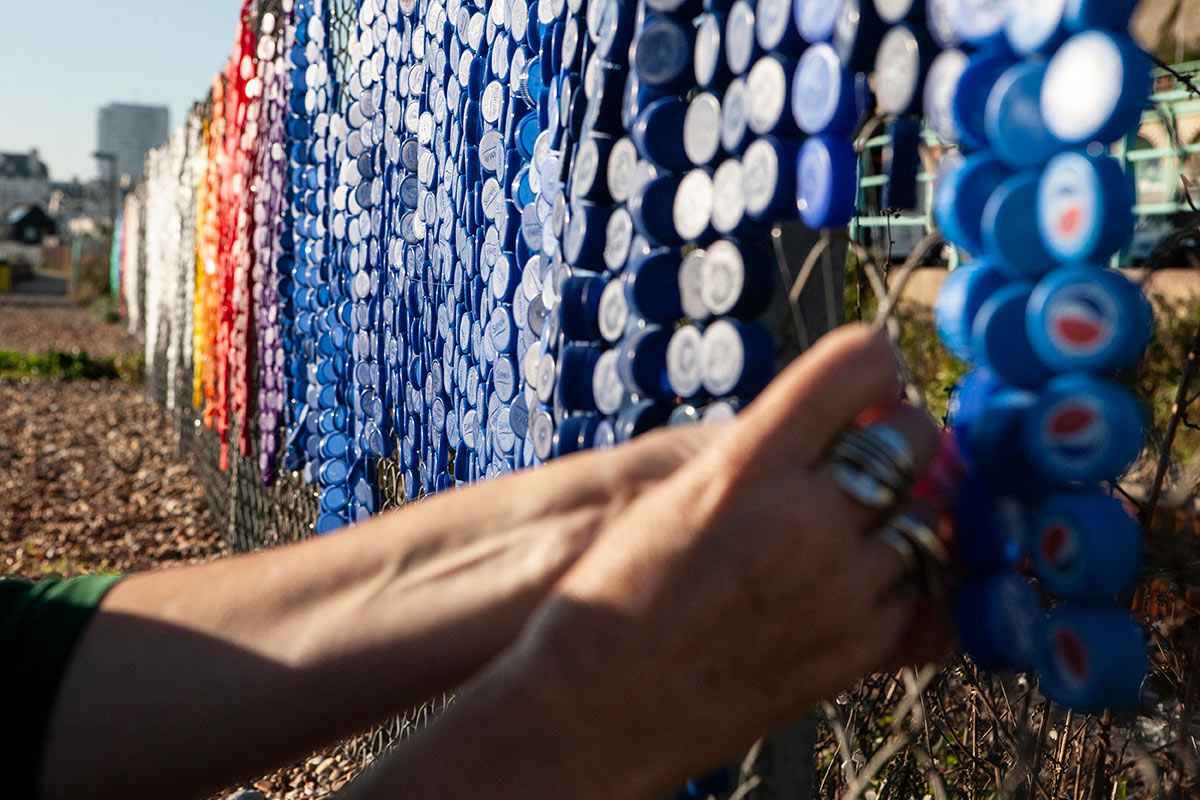 Enjoying it to the end

Although by phase 3 we had the counting, making and installing down to an art, we had less people at the workshops over this final stretch. It made sense to me: days were shorter, weather not always inviting, busy schedules and people were tiring after a long year.

I had two options:

I went with option number 2. We already had the data, and, even if we didn’t add another bottle top, we had an eye-catching end result. One that I know has brought smiles to peoples faces, and cut through moods and worries, even if only for an instant. An instant can be enough.

And what we have done is enough.

So, no, not every bottle top we collected is up as part of the 50m+ wave. But in the bigger scheme, it doesn’t matter. What matters had already happened: people had come together to make something beautiful. In doing so they’d had conversations about all kinds of things. Trivial and really, really important. They’d laughed, listened and connected.

Together we’d raised awareness, got people asking questions, and created something special, where there was nothing before.

Well, the wave will be displayed until Summer 2019. After that, who knows. If you want to give it a permanent home or have a great use for the tops, I’d love to hear from you.

The only thing I know for sure are that these bottle tops will have another life after this, and they won’t end up in the ocean.

And that’s because of each person who gave a bit of themselves to this project.

What a journey! A year ago I couldn’t even have imagined this process. (I didn’t even have a design for the bottle tops!) But it’s all worked out, and been so much more than I ever imagined.

Thank you. You’ve been amazing,

P.S. I’ve written a separate bit on what I learnt over the course of the project. If you’ve got a crazy idea, maybe it will help you make it happen!